Kyle was the mastermind behind our recent Create Your Reality short film contest. He is passionate, driven and committed to adding value to the production community in his hometown of Orlando, FL.

This is a tough one to answer, it's kind of twofold. I think one, I've just always genuinely had a passion for storytelling. And I think for me, what I've really loved about it is the power of storytelling. You know, the, the level of impact and influence that you can have. I remember myself as a kid, how much movies and TV shows impacted and influenced the way I was as a person, the way I acted, the way I treated people, how I determined what was right from what was wrong, etc. I think it actually can have a lot of influence on who we are as individuals and our character and I've always just loved the idea that that storytelling and films can provide this. I don't want to say escape, but they allow you to create a reality, to live in this alternate universe, this alternate world and to me, I think that's so enchanting and powerful.

Another aspect for me was I just remember having such a passion for music videos, back when MTV used to actually play music videos. I used to sit every day, right in front of the TV with a bowl of cereal, watching music videos on VH1 and MTV and I was so enchanted by living in these different realities, these different worlds. I thought it was so cool and impactful. And so that's really what drew me into filmmaking.

I think it's, again kind of twofold; the most direct and true for me is actually filming, being on set. There's nothing better than that feeling and experience. I find myself going sometimes 10 hours without eating and it's not intentional. It's just, I'm so much in the flow that time no longer exists. Granted, sometimes I have to look at the time because we have a production schedule, but you know what I mean? Like, I'm never bored, or worried, or anxious, I'm just totally in the moment and focused on what I'm doing. And there's just such a beautiful bliss that, just being so caught in the moment.

The other aspect I really, really love is developing the creative. As a director, I love working with clients, or making my own short film, or documentary, etc, and it’s all about designing a vision for the project. Is it high key lighting? Is it low key lighting? Is a lot of hard lighters flight? Are we going black and white, or color? And if it's color, are we going for a cinema look? Are we going for a super vibrant, commercial style look? And then, what is the actual story? Is it a thriller? Is it a comedy? How do we showcase that through our color tonality, camera lenses, etc? I love bringing a vision to life. 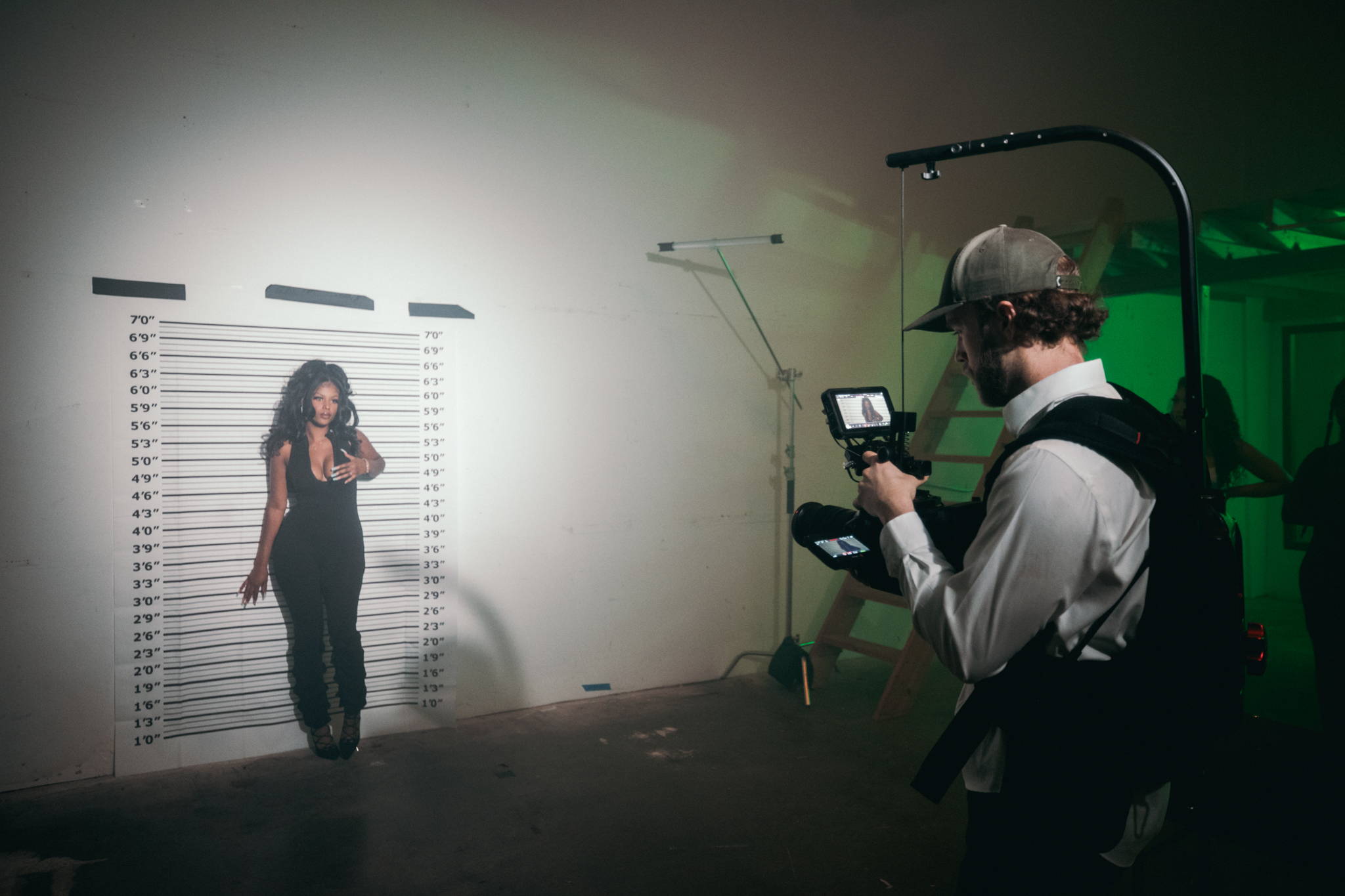 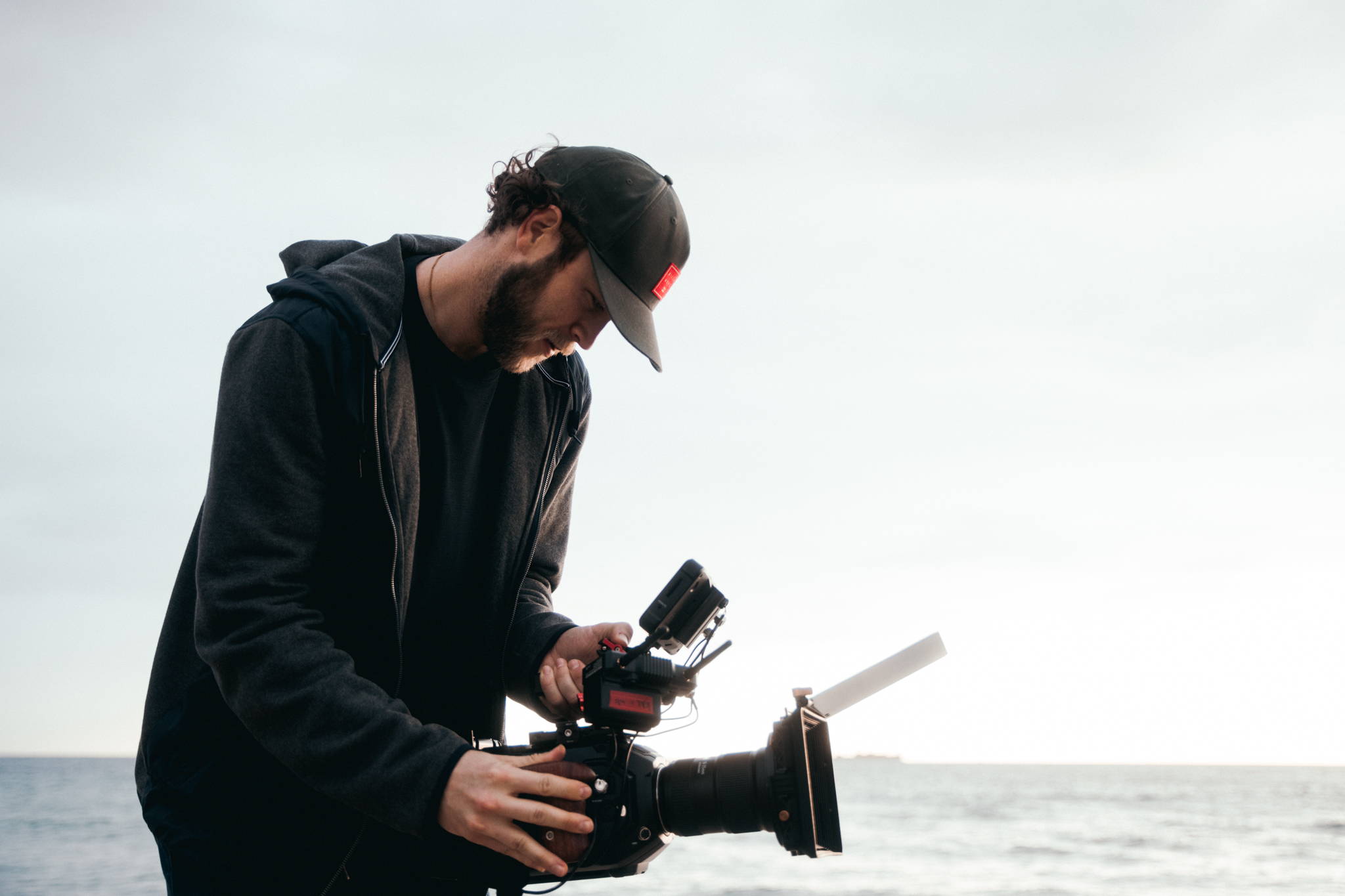 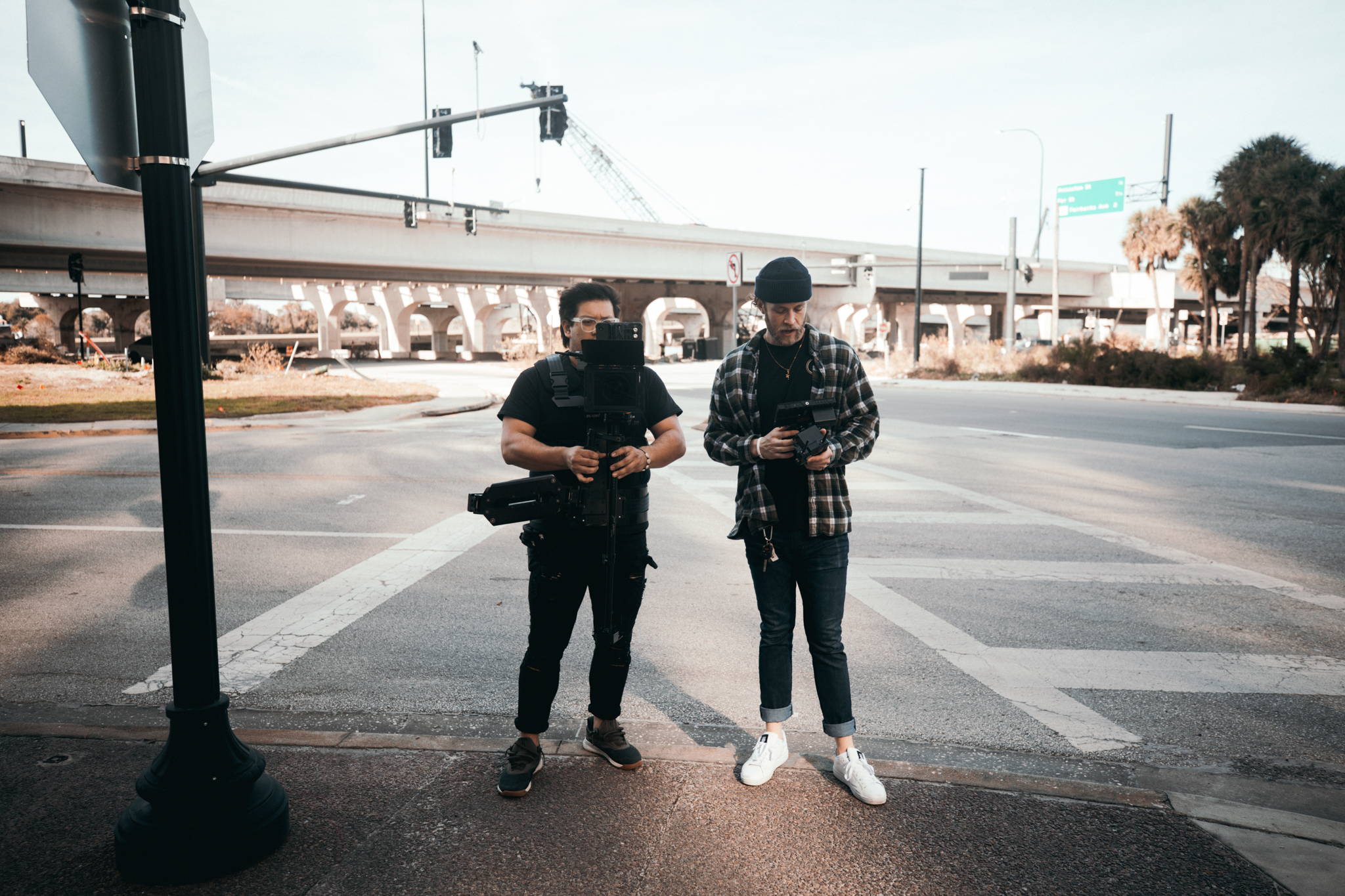 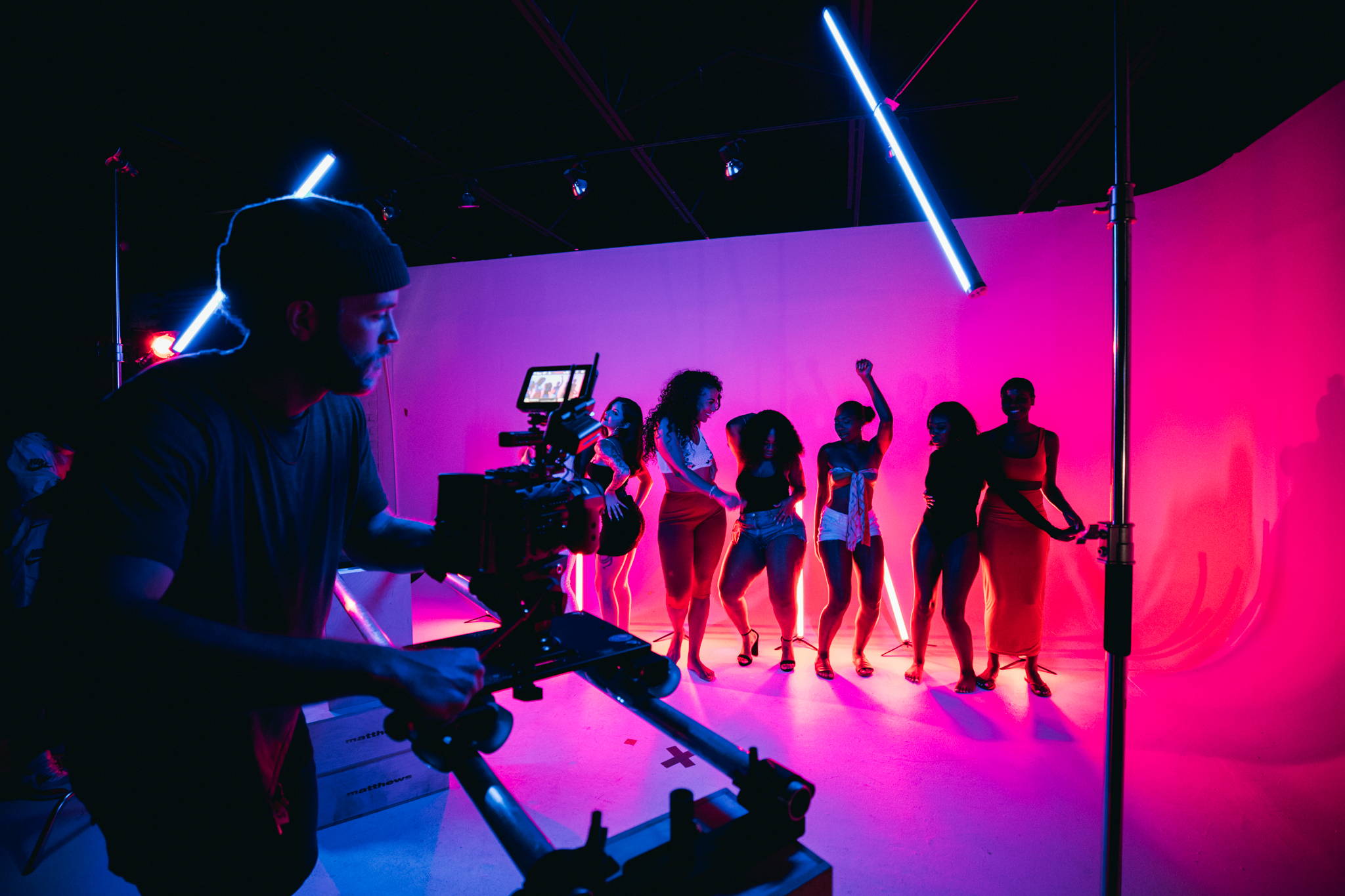 One of my biggest pieces of advice I would say to anyone starting out is to check the ego. I think it's okay to have a bit of pride, but I think there's a very big difference between ego and pride. I have pride for my career in and being a filmmaker. I'm very prideful of that. . I found early on in my career that I always wanted to be that guy, I wanted to be the guy that everyone turned to. Everyone loved his work. Everyone wanted to work with that guy. But in the reality, it just doesn't work like that. If you really want to see success, it takes a team and in order for a team to flow and function properly, everyone needs to feel that they matter and everyone needs to have a have a role in the process.

For me, it was also helpful early on in my career to get on set and work with people who had much more experience and knowledge than I did, because I could just absorb it like a sponge. 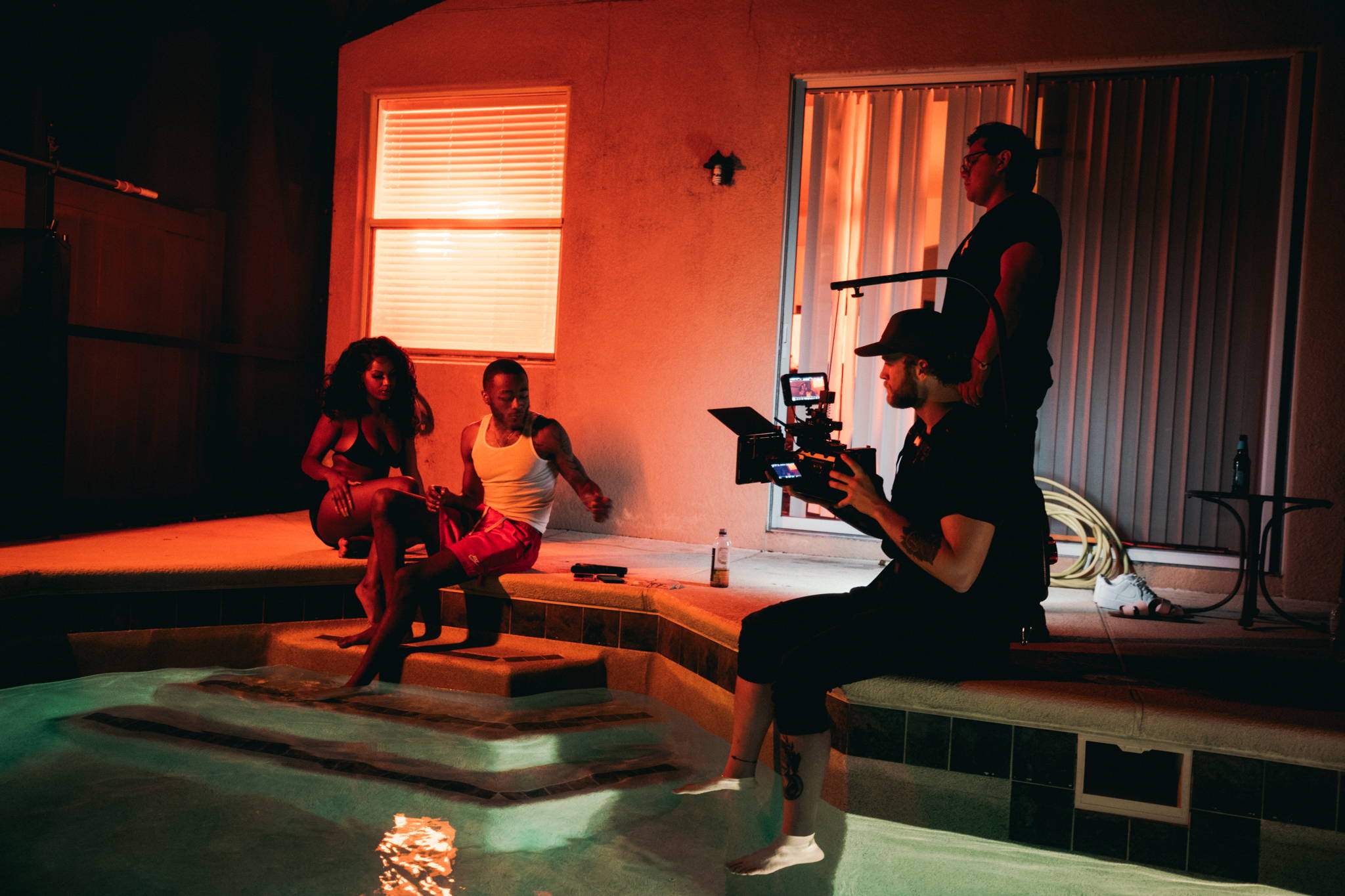 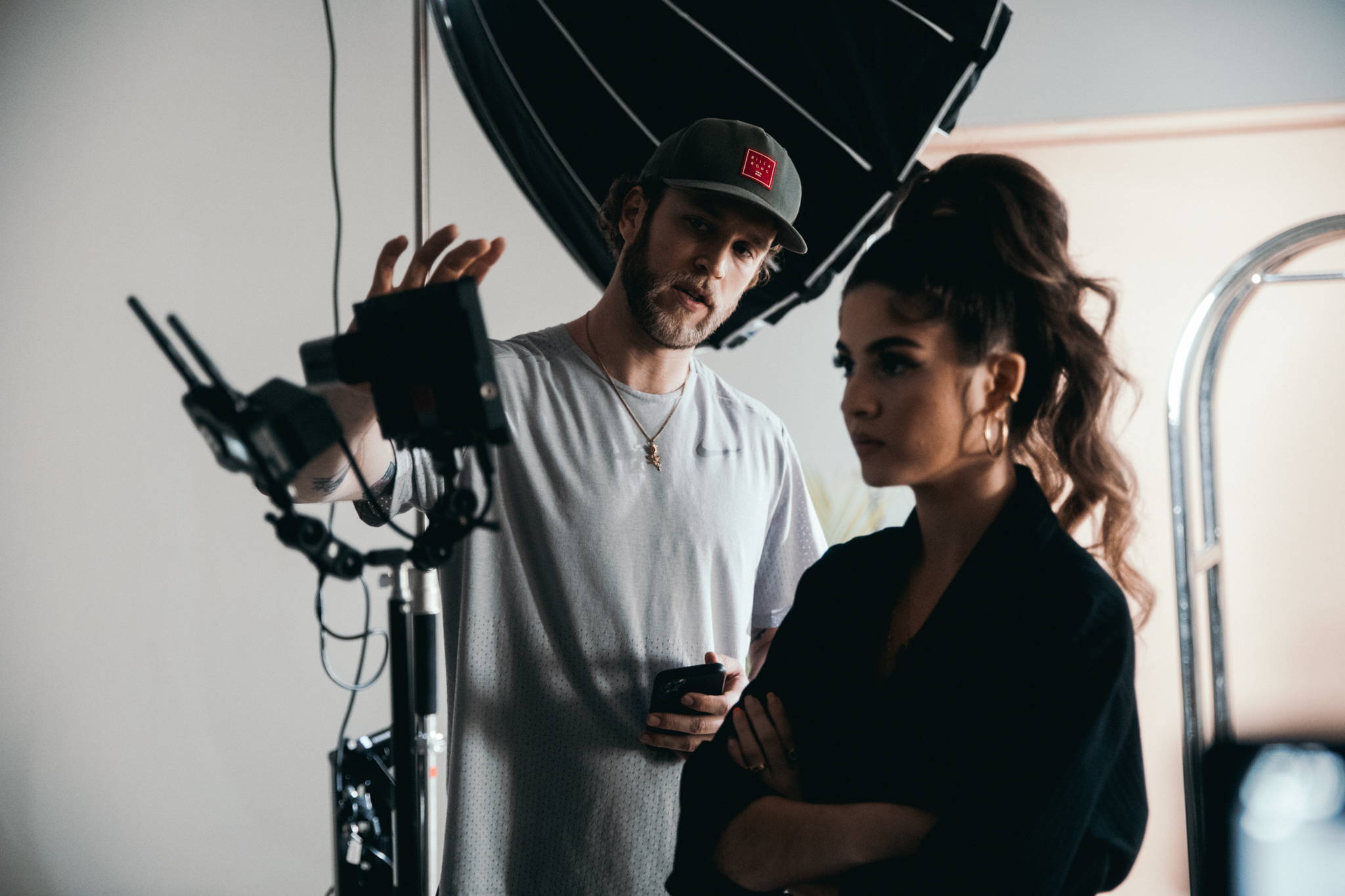 Tell us a little about the Create Your Own Reality Contest that you just hosted? What was the inspiration?

The inspiration behind the Create Your Reality short film contest was really COVID. It really hit people hard, especially people in the creative space and people trying to make a career as a filmmaker. I know a lot of people that were just getting started out or were hoping to go full time and then COVID hit and it just changed everything. I think one of the most important things that COVID taught us is how important it is to be able to adapt. You have to be able to adapt. You must be able to pivot as a business. How things are right now, isn't how things are going to be five years from now and if you keep doing things the exact same way, you're going to fail, or you're going to fall behind the competition. So what I found was a lot of people were very, very discouraged as a result of COVID. A lot of people felt like quitting and what I wanted the competition to do was to remind people that there is a lot of things in life that are out of our control.

My coach in high school football taught me this way of thinking. He always said, there's two things you can truly control in life and that's your attitude and your effort. Everything else in life is an uncontrolled. You can't control how many people reach out to you for a project. You can't control how a client's going to react on a production day, but what you can control is your attitude and your effort. So attacking each and every day and each and every project with tenacity, with passion, with love, vigor, that's the most important thing. I wanted to remind people that look, all these bad things are going on. Yes, COVID stinks. And it's taken away business, but that doesn't mean that you're suddenly out of control of your own life. No, you can still create the reality that you want to have. You are in control of your own life. It can be as miserable, or as amazing as you want it to be, but that is your choice.

More specifically, I am looking currently at some commercial property to start building out some film studio locations here in the Florida market and then hopefully expand from there. It's going to be a big investment, a bit scary, but I'm super excited about that. One thing I've found over the years is there's so many amazing creative individuals here, but right now Orlando doesn't really have the infrastructure to support the creative. So what happens is a lot of people grow, get bigger and bigger and bigger, and then eventually they move out to New York or LA or some of these other big cities, because they want to continue to grow. So I want to provide spaces and infrastructure to allow creatives to fully create their own reality and to do it right here in Orlando, Florida.

Additionally, I'm almost at a decade into my career now, as a professional. And so for me, I'm really focused on trying to pivot. I've been doing a lot of music videos and commercial work, and I'm trying to really do more narrative work, because that is my true passion. I want to be a feature film director.

So it's super inspiring for me to know that each and every year things are going to become much more affordable and accessible for filmmakers across the globe. I mean, it's incredible what people are doing with a pocket cinema camera and a $300 budget or no budget. I'm just so excited for the future of filmmaking.